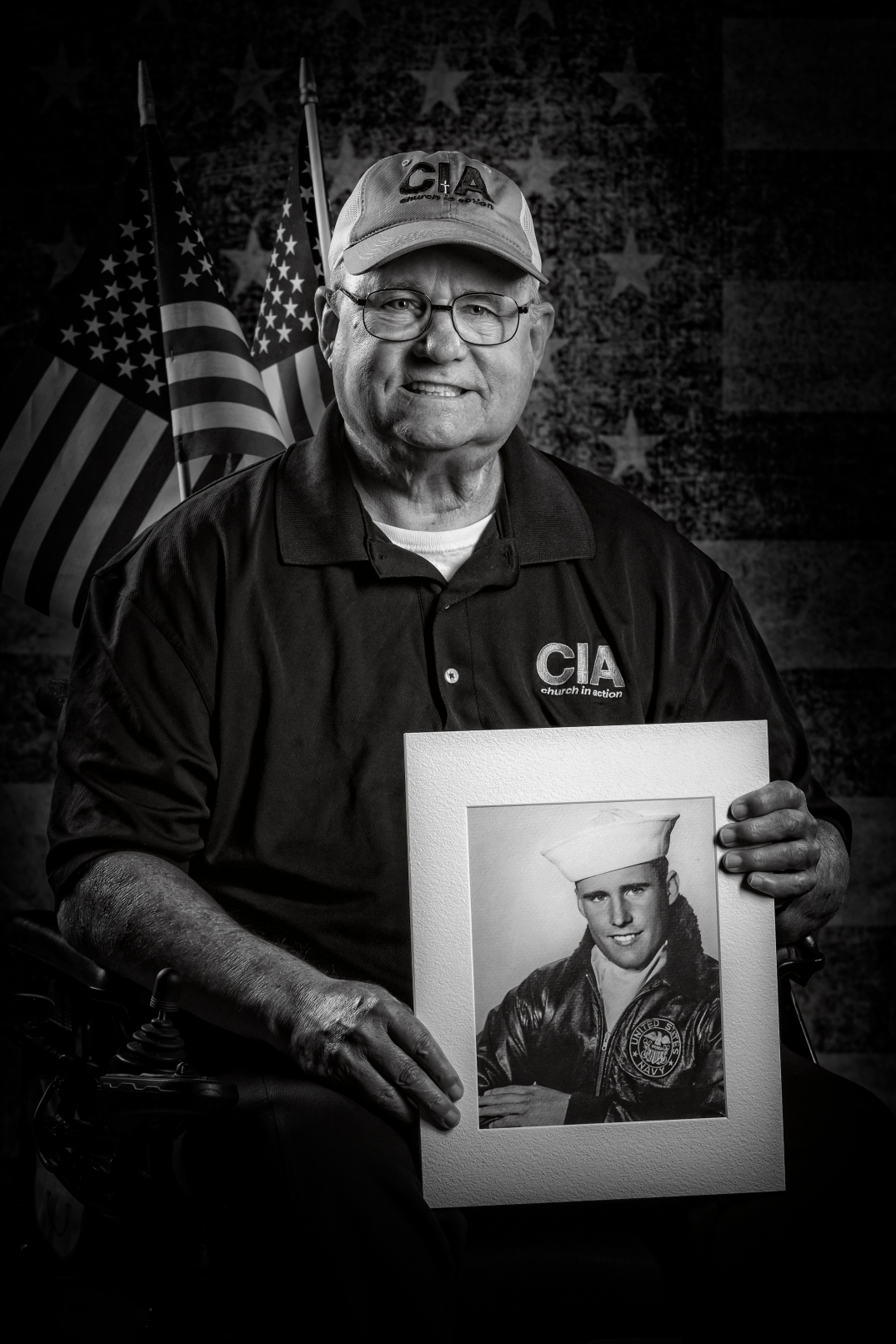 Watch Richards’s story or read it below.

I was in boot camp for 3 months. I went to an air base in California up by San Francisco. I was stationed there for a year. Then I went to Vietnam. I was cooking there for a year, at PBR mobile base 2. I went to general quarters several times, battle stations. I was in 80m mortars. I had a very good time there. Then I went to a ship, an ammunition ship for a year and a half. I was stationed at a little state, Rhode Island. It was in the middle of no mans land. Nothing around it. We shipped out in the ammunition ship two times in a year and a half A smile on my face and a good time in the Navy. Thats right. I’m proud to be an American and in the Navy. A strict understanding of the laws in the Navy.