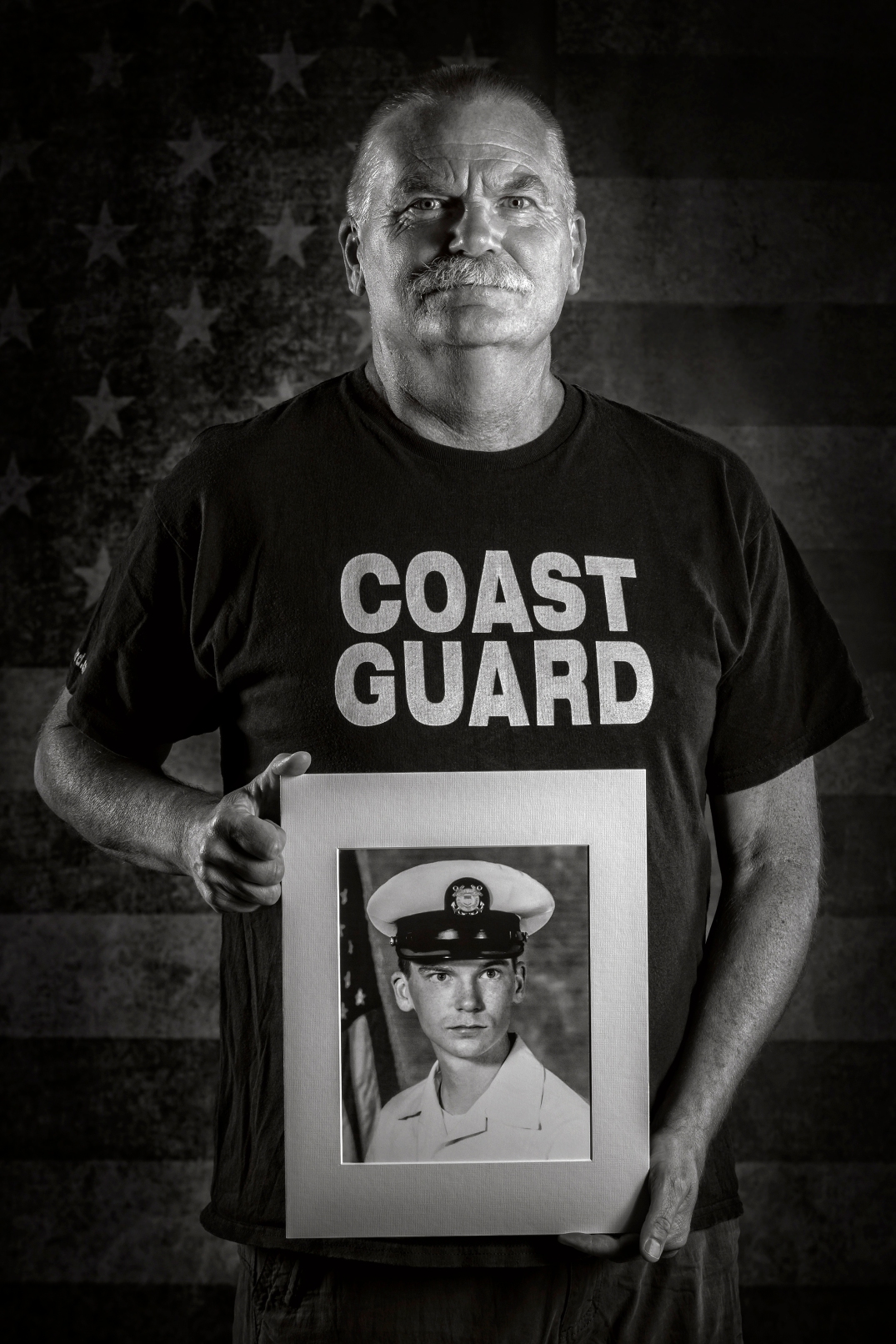 Well, my name’s Ken Cochran. I was raised in Oradell, New Jersey, and I currently live in Mt. Vernon, Missouri. I joined the Coast Guard a month out of high school. I kind of knew at that point in time that there’s no way I really wanted to go to college, and I started looking at the military services, and the Coast Guard just kind of popped out at me. I went and talked to a recruiter and it was about two months later I was in. That was  August of 1976 and I stayed in until September of 2006. I did 30 years in the Coast Guard and I enjoyed every minute of it. I would do it again. Did some amazing things with some real amazing people, and I look back on it now and it just went way too fast.

During my time in the Coast Guard, my first unit was in a small town of Yakutat, Alaska. I was on the Loran Station called Ocean Cape up there that’s when I was a non-rate. When I finished my tour there I went to Aviation Machinists Mate school in Elizabeth City, North Carolina and then went on to Astoria, Oregon. That was my first Air Station. Got qualified there as a Flight Mechanic and a Search and Rescue Aircrewman on H-3 helicopters. Tools of the trade I was a helicopter mechanic.

From Astoria I went up to Sitka, Alaska. Loved the flying up there but we flew in some pretty nasty weather. There was one rescue that I’m pretty proud of that I was on. We got a call about 15 minutes before my duty was up and they decided to send the off-going ready crew because I think they kind of realized they would be sending more than one helicopter. The weather at the time was pretty bad in Sitka and it was even worse up around the Yakutat area. The Fairweather grounds southeast of Yakutat were where we were going.

We flew through some severe turbulence, 70-knot winds and heavy rain. Arrived on scene. What had happened was a tug boat had sank and there were 9 people reportedly in the water. They didn’t get out much of a mayday because the tug sank rapidly from the time they started taking on water to the time they actually sank. We got  on scene and again the weather was pretty nasty there. There was 70-knot winds, 50 foot seas, blowing rain, just kind of getting thrown all over the place. We searched for approximately an hour, and finally found a survivor.

It took us almost 45 minutes to hoist him because of the wind and sea conditions to get him in the helicopter. We searched for another hour, hour and a half or so, and didn’t find anyone else. We flew into Yakutat because we were low on fuel at that point in time and was now dark. Unfortunately he was the only one that survived because he was the only one able to get into a survival suit, and I think from what I read they never did find any of the other crew members. I was awarded the Distinguished Flying Cross for that rescue. It was one of the kind of cases that you think about and hope for once in your career, but after it was over and done with you kind of say, “You know, I don’t need another one like that.  We had a great flight crew that night and saved a life.”

So, I had numerous rescues up there in Alaska, mainly with the fishing fleet up there. Loved the flying, probably flew places that no one ever set foot before and it is just gorgeous country up there. After I left Alaska, I went to Cape Cod, Massachusetts. I was there for four years, ended up going back to Alaska, this time to Kodiak, then on to Traverse City, Michigan, back to Alaska to a small town called Cordova, where there is a support facility that Kodiak mans during summertime for the fisheries in Prince William Sound, and then back to Cape Cod. I finished my career in Port Angeles, Washington.

Like I said before I just knew it was probably the best decision I’ve ever made in my life, I met some amazing people and I guess just the thought of knowing that you saved somebody life, and that they could go home to their family at night is a driving force I guess for what we did, and yeah I, I guess you know, I am very proud of the time I spent in the Coast Guard. Proud of the people I was able to serve with. I mean I’ve made friendships that 30 years later I’m still in contact with a lot of those people, and their families.

I don’t think I would have changed anything.  If anything, I wish I could go back and do it all over again, I mean it was such a great time of my life. And you know the places I was able to go and the people I met, I just don’t think I would have been afforded those opportunities without the Coast Guard. And it, to me, it was a great way of life. You know, the Military isn’t for everybody and that’s fine, but you know, the people I served with were just amazing people. And the things we did …

There are a lot of people out there that owe their lives to the Coast Guard for the risk that they take and the danger they put themselves in to make sure that those people go home to their family at night.